Skip to content
Garlicky shrimp and baby bok choy in an oyster sauce is a real quick stir-fry that works with frozen shrimp, or fresh shrimp.
This recipe was inspired after eating at a restaurant and having a dish that was called “Crispy noodles with chicken”.  The dish was good, but the sauce was great.  I decided to recreate the sauce, and make the dish my own.
The dish that I eventually made was this dish.  I have made the dish lighter and keto and low carb friendly by leaving out the crispy noodles.  I also found that shrimp paired better with the sauce, so that is what I usually use.  You can use any quick cooking protein rather than shrimp.
I know that corn starch and oyster sauce aren’t usually considered low carb or keto friendly ingredients, but so little of each is used, even if you were to drink the remaining sauce, the carb content of the dish remains quite low.
This dish can be enjoyed by both people following a low carb or keto diet, and those who are not.  If you are following a low carb diet, simply enjoy the dish as it is, and for those who are not, try serving over rice.
Garlicky Shrimp and Baby Bok Choy is good served over rice, or simply by itself.
Print Recipe
Garlicky Shrimp and Baby Bok Choy Yum
A quick Asian inspired stir fry. Good served over rice, or simply by itself. 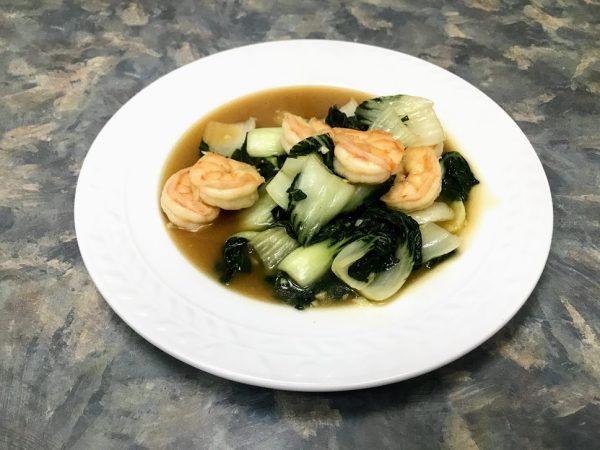 A buttery, garlicky, sauteed mushrooms recipe that will go great with a grilled steak. 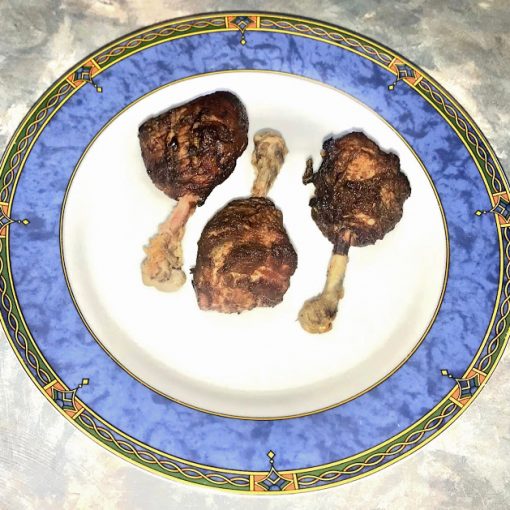 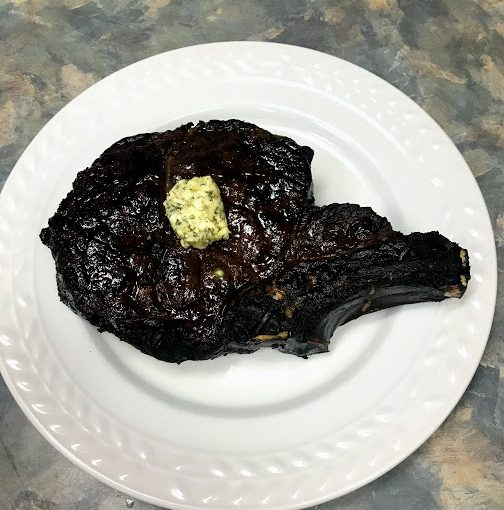 Looking for a simple way to jazz up a grilled steak? A compound butter may be the solution! One on of my favourites is a garlic parsley compound butter. 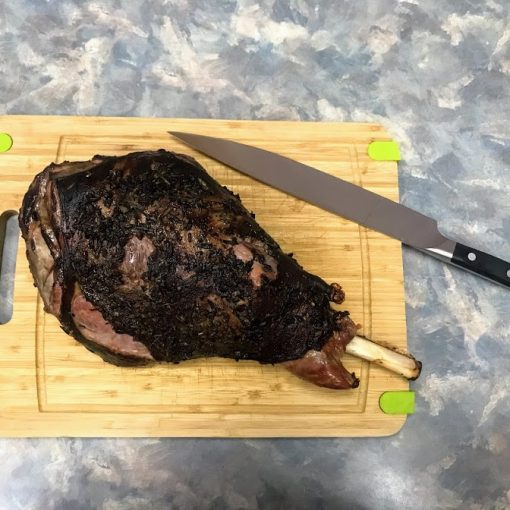 Lightly seasoned, smoked leg of lamb with hints of rosemary, garlic, and lemon.